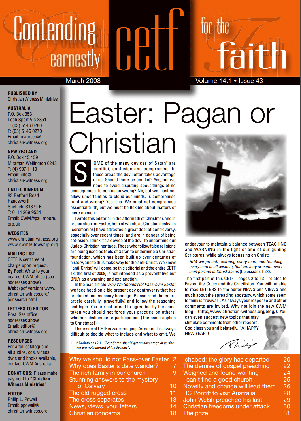 Stunning Answers to the Mystery of Calvary

Editorial Disclaimer: I visited Israel only once (1978) just prior to my family and I taking up residence in Australia at the invitation of a local Assembly of God. I went to participate in a prayer and Bible week under the leadership of Denis Clark, then director of Intercessors for Britain (IFB). Lance Lambert (LL) led us on a tour of Jerusalem, during which he pointed out the location of what is known as Gordon’s Calvary  near the Garden Tomb (see below). The reasons that many consider this the authentic crucifixion site as given by LL were convincing. I remain convinced to this day. However there are other possibilities, the following being one that I recently came across. Personally I think it builds too much on an idea that the centurion mentioned in the gospels actually saw the rending of the temple veil from where he stood near the Cross. The gospel records do not say nor do they infer any such thing. The argument also rests on a fanciful notion that Hebrews 13:10-14 refers to a named location and is not just a general description. The linked John 19:20 reference in the following article is also questionable. However it is another view which according to Jacob Prasch who is a frequent visitor and tour leader in Jerusalem says has been around for a long time. It’s nothing new. Interesting? YES. Convincing? Well you be the judge. As for me, I think I'll stick with Gordon’s Calvary.

JERUSALEM, Israel–“There is no question in my mind... the greatest single event in all of history happened on the cross.”

So were the words of Alexander MacLaren  describing the importance of Calvary (Jesus’ crucifixion). He continued:

The cross is the centre of the world’s history; the incarnation of Christ and the crucifixion of our Lord are the pivot around which all the events of the ages revolve.

Indeed, for centuries, scholars and theologians have studied the last days of Jesus’ life on earth. Throughout the years, an important question has puzzled many: where did Jesus’ crucifixion actually take place, and was there a very special significance to this place?

In Jerusalem there are several sites which have been suggested for many years as the location of Jesus’ crucifixion (“Golgotha” [Aramaic] or “Calvary” [Greek], both meaning “the place of the skull”). Two of them are best known.

Northwest of the Old City there is a small hill with features which some say resemble the eye sockets of a human skull. Near it an ancient burial cave is known today as the Garden Tomb.

Another well-known location is the present site of the Church of the Holy Sepulchre, the oldest church still in existence. It was built by the mother of Emperor Constantine, Queen Helena, in the 4th century AD. On the same site, before that time, a temple to the goddess Venus was built on top of the remains of a second century BC monument to the king/priest John Hyrcanus of the Hashmonean dynasty.

While much tradition is found at these and other places, “the one thing all these sites have in common is that they are all the wrong place,” says the Christian-Biblical historian, Prof Ernest L. Martin, in an exclusive interview with the Jerusalem Christian Review.

Indeed, several years ago, Dr Martin, president of the Academy of Scriptural Knowledge in Portland, Oregon, took a fresh look at the question with some startling results.

“The simplest of my findings revolves around some basic New and Old Testament scriptures, whose significance has been overlooked for centuries,” said Dr Martin as he described his latest book, Secrets of Golgotha.

While working with the renowned Jerusalem archaeologist, Prof Benjamin Mazar, at the Temple Mount excavations in the 1960s, Martin studied the geographical history of Jerusalem with some of Israel’s leading scholars.

“My initial interest in researching this subject was spawned from... one primary fact,” said Martin. [4] “It appears as though the centurion who was at the foot of the cross was able to observe the tearing of the temple veil [the outside curtain, called in Hebrew ‘masach’], something that would have been possible only from a point east of the Temple Mount, and not from any point west of it.”

“While this is not evidence in itself,” said the historian, “it did inspire my curiosity.”

Historical sources are conclusive that the massive 80-foot curtain was located in a spot that was visible only from atop the Mount of Olives. “It would have been a physical impossibility for anyone in Jerusalem to have seen this curtain from the south, the west, or the north—the locations of today’s traditional crucifixion sites,” says Martin.

Throughout Martin’s investigations, he searched through hundreds of contemporary and first-century writings, ancient church literature, and the original Hebrew and Greek scriptural sources.

He found that the Bible itself indicates that the crucifixion occurred in a “holy place” —a place John describes as belonging to the temple worship ritual—which the book of Hebrews refers to as an altar called “Outside-the-camp” (John 19:20; Hebrews 13:10-14).

“’Outside-the-camp’ was not a description but the name of a specific place, known from biblical and contemporary sources,” said well-known Jerusalem historian, Prof Ory Mazar, the author of numerous books on the history of Jerusalem.

Mazar, who worked with Martin on part of his research, explained that this place “was the location of the ‘altar of the red heifer’.” Although the altar was located “outside the city” on the Mount of Olives and not on the Temple Mount, it was still an extremely important part of the temple worship ritual—it was the altar of the major sin sacrifices.

“According to the Law of Moses,” said Mazar in a interview with the Jerusalem Christian Review, “one could not worship on the holy grounds of the temple without first sacrificing a sin offering ‘outside-the-camp’.”

Adding to dozens of additional pieces of evidence, Martin found that the Bible itself identifies the place called “Golgotha” (“the Place of the Head”) in 2 Samuel 15. The “Place of the Head” (mistranslated in English translations as the summit of the mountain) was the place on the Mount of Olives where King David stopped to worship as he was fleeing from Jerusalem to Jericho. The original Hebrew is clear, describing a specific site called “the Place of the Head”.

“The true place of Golgotha is very critical, because it proves that Jesus Christ was indeed sacrificed, as the ultimate sin sacrifice for the world, at precisely the same place which was designated by biblical law, by tradition and by the ritual custom of the temple for the major sin sacrifices to be killed,” said Martin, adding, “It happened on the Mount of Olives in the holy city of Jerusalem. “This evidence was proof positive for all His disciples to see... that His prophecy came true—He was indeed the Lamb of God!”

BENJAMIN HARTMAN is a staff reporter for the Jerusalem Christian Review.