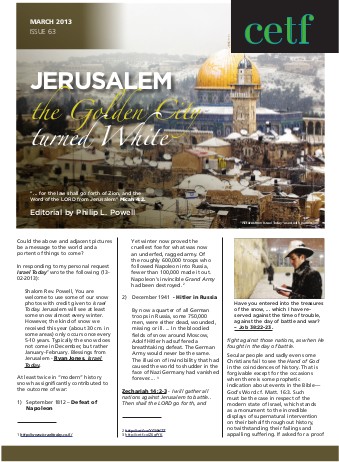 It has long been my desire to build a bridge between moderate Calvinists and moderate Arminians across which we can all travel in our work of the Gospel. I presented this idea in the book which I jointly authored with my dear friend and colleague, Aeron Morgan entitled Gathering the Faithful Remnant in 2000. Hopefully this series by Caleb Corneloup will be a major contribution to that end – plp.

We frequently hear from Calvinists, such as James White, that Arminians misrepresent John Calvin and his theology, but we rarely, if ever, hear about the misrepresentations Calvinists constantly make of Jacobus Arminius and his theology. After entering the debate surrounding these issues I discovered that Jacob Arminius and his theology is very much unknown among Calvinists, even though they constantly take “cheap shots” at this great protestant theologian. What is most surprising is that it is not only Calvinistic laymen (without any real knowledge), who take these “shots” but also prominent (famous) preachers such as Charles Spurgeon, John Piper, John Mac Arthur and so on.

Lord I was born with a glorious free will; I was born with power by which I can turn to thee of myself; I have improved my grace. If everyone had done the same with their grace that I have, they might all be saved. Thou givest grace to all; some do not improve it but I do... It was not thy grace that made us to differ; I know it did a great deal, still I turned the point; I made use of what was given to me, others did not. This is the difference between them and me.

While this prayer demonstrates Charles Spurgeon’s contempt for Arminians it also demonstrates his complete ignorance of Arminianism. It is a malicious caricature. Compare this prayer to a quote by Jacob Arminius:

I ascribe to grace THE COMMENCEMENT, CONTINUANCE AND CONSUMATION OF ALL GOOD. To such an extent do I carry its influence, that a man, though already regenerate, can neither conceive, will or do anything good at all, nor resist any evil temptation, without this preventing, this exciting, this following and this co-operative grace. From this statement it will clearly appear that I am by no means injurious or unjust to grace, by attributing, as it was reported of me, too much to man’s free will: for the whole controversy reduces itself to the solution of this question, “Is the grace of God a certain irresistible force”? That is, the controversy does not relate to those actions or operations that may be ascribed to grace, (for I acknowledge and inculcate as many of these actions or operations as any man did,) but it relates solely to the mode of operation, - whether it be irresistible or not: With respect to which, I believe, according to the scriptures, that many persons resist the Holy Spirit and reject the grace that is offered.

Jacob Arminius clearly accepted that it was God who did the work in man and he only differed by saying that this work was resistible. Jacob Arminius believed that even repentance and faith are a gift of God which flowed from the working of the Holy Spirit. What was Charles Spurgeon talking about? Didn’t he know what Jacob Arminius taught? Why did he comment on the issue? This ought to make one pause before listening to a Calvinist define Arminianism.

Arminianism says people are depraved and corrupt but are able to provide the decisive impulse to trust God with the general divine assistance that he gives to all people.[3]

Again when we look at the quote from Arminius mentioned above this is a woeful misrepresentation of Arminianism. According to Arminius, the commencement, continuance and consummation of all good, is to be ascribed to the grace of God. According to Arminius then the decisive impulse to trust God comes from God. The point of departure is whether or not this grace is resistible, as Stephen said:

You stiff necked and uncircumcised in heart and ears, you always resist the Holy Spirit: as your fathers did, so do you– Acts 7:51.

It is my intention, by God’s grace, to present the real Jacob Arminius of history, a true Protestant scholar, along with his theology, and that of his followers, including John and Charles Wesley and compare it to John Calvin and his theology as a means of correcting obvious errors being peddled by Calvinists.

Caleb Corneloup is an elder at Street Church, Adelaide, well known for its engagement in Street Evangelism and legal controversy over the right to preach the Gospel of Jesus Christ in public streets. Caleb has recently argued in the High Court of Australia in Canberra for the right for Christians to "street preach" throughout the nation. Although the laws in question were upheld The High Court of Australia made a clear ruling that City Council's must grant permits to Christian preachers unless, and only unless, they would cause an unreasonable obstruction to the public in a given location.