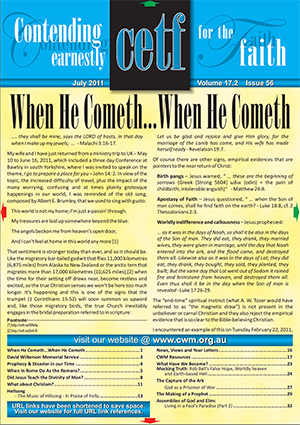 On May 14th I had the privilege to represent Christian Witness Ministries at the memorial service for Pastor David Wilkerson. The service was held at the Times Square Church West 51st Street, just around the corner from Broadway, New York City.

Many will remember David Wilkerson’s book The Cross and the Switchblade written in the early 1960s. It later became a film. In my early Christian years the film was shown at youth group meetings and later, after I had read the book, the testimony had quite an impact on me. Not so much, ‘wow, I’d like to be like David Wilkerson’, but rather, ‘wow the power of the cross of Jesus to save lives’. Having said that, it is remarkable that through one man’s obedience to the call of God on his life, many thousands have been saved from the miry clay and established on THE ROCK, who is Christ.

David Wilkerson born in 1931 came from a line of pastors. Both his father and grandfather were pastors. No doubt the prayers of his forebears and a godly upbringing set David on a firm highway to obedience in Christ.

In 1958 David left his pastorate in Philipsburg, Pennsylvania, and travelled to New York, after reading about the gang troubles in that city, in Life magazine. He had never been to New York before, never met a gang member and never met a drug addict. David was indeed a man who, like Abraham, went out not knowing where he was going but looking for a city which he did not build; a man who believed in God’s calling, who knew his God and knew the “still small voice” that spoke to him. He had no plan, no timelines, no board to consult and no particular funding. He just turned up! Some would say that was total naiveté.

As The New York Times, put it,

His method was an absolute model of simplicity, directness and total nonsophistication – he just went out on the streets and mixed with the kids and reasoned with them face-to-face, often quoting the Bible – and it worked.

Teen Challenge was born out of this ministry as was the David Wilkerson Youth Crusades resulting in many teenagers giving their lives to Christ. The ministry then went international and hundreds of thousands heard and responded to the Gospel.

In 1987 David returned to New York and established Times Square Church. As he said, “Times Square was put in my heart and I couldn’t shake it”. The church moved a couple of times but was finally established in the old Mark Hellinger Theatre. Like New York itself the building was in a dirty and run down state. The fellowship helpers spent a Saturday cleaning it up for the first service held the next day. New York City, the “Big Apple” as some call it, was equally in need of a cleanup. In 1987 Times Square itself was pretty much a red-light district. Full of pornography, people on crack (cocaine), prostitution was rife and up to 60,000 people were homeless and lived on the streets. The streets were full of garbage and completely littered. Crime was high. st West 51 Street itself was known as “crack alley”. David described it as “vile”.

‍Here again the power of the Gospel of Jesus Christ, administered God’s way, produced a transformation in the city of New York. This transformation is not in any way associated with or even resembles, the so-called transformation spiritual warfare techniques taught by Peter Wagner, Harold Caballeros or Cindy Jacobs and their associated Prophetic Apostolic Reformation nonsense. The ministry of David Wilkerson and his church fellowship were truly works of God through the power of the preaching of the gospel, “with the Holy Spirit sent down from heaven” cf. 1 Peter 1:12.

The memorial service was the greatest show on Broadway. I’m not trying to be sensational; many people euphemistically describe Times Square Church as such. I mean, what believer would want to pay and go to some sort of clown-show on Broadway when you can enjoy the fellowship of believers and be part of the worship? Even if it is jazzed up a bit!

The service contained many testimonies and stories about David from the Times Square pastors and from David’s sons who are also pastors. The singing and worship at the end of the service was quite incredible. I’m not sure how many attended the service or how many viewed the CNN live Internet streaming. However, I do know that the Church’s main annexe and auditorium were full plus two other church fellowship buildings used in the location. These other two had evidently purchased old theatres as well. The authorities closed the road off and put white seats out in front of a large projector screen. Evidently the estimated viewers were well over a million people worldwide.

Pastor David Wilkerson died in a car accident on 27th April in Texas. He was only a few days off his 80th birthday. He was a loving husband to his wife Gwendolyn, a loving father and grandfather, friend to the outcast and a fearless witness to the saving power of the Gospel of Jesus Christ.

May the Lord raise up more David Wilkersons for this generation. To see the video of the memorial service please go to:- http://cetf.co/qIG02p

Lawrie Cornish lives in Wellington, New Zealand with his wife Sherry and their two sons and two daughters. He has his own Accountancy practice and kindly administers the New Zealand arm of CWM on a voluntary basis. He was privileged to be invited to officially represent CWM at the memorial service of dear brother David Wilkerson.